We Ruled London: The Story of the Krays [DVD] 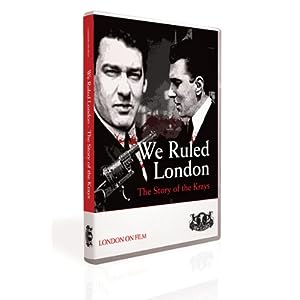 In the 1950s, two men built a criminal empire. To the public, the Krays were celebrities; to their enemies, they were dangerous, ruthless men, dishing out violence and even murder. The Krays operated in the post-war years, where crime meant robbery, extortion and police corruption. This is the story of that criminal underworld, and of the rise and fall of the Kray Twins. From their humble beginnings through to their arrest and imprisonment, this is the history of the men behind (more…)

This entry was posted in Kray Twins and tagged Kray's, London, Story. Bookmark the permalink.