Notorious: How the Kray Twins Made Themselves Immortal [Paperback] 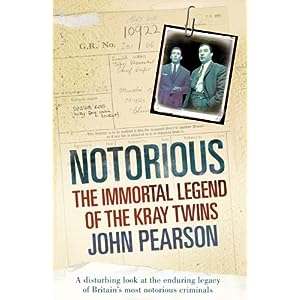 Ever since the Kray twins invited John Pearson to write their ‘official’ biography more than forty years ago, he has been obsessed with them. After they were jailed in 1969 for thirty years for murder, Pearson’s biography “The Profession of Violence” enjoyed a cult following among the young and was said to be the most popular book in H.M.’s prisons, after the Bible. Ron died in 1995. Reg followed him five years later, and both of their funerals drew crowds on a scale unknown for (more…)

This entry was posted in Kray Twins and tagged Immortal, Kray, Paperback, Themselves, Twins. Bookmark the permalink.