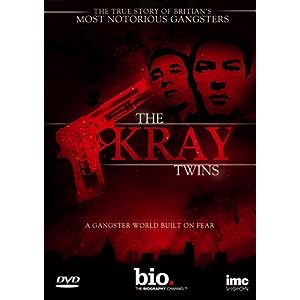 Britain s most notorious gangsters of all time were East-end duo, identical twin brothers Ronnie and Reggie Kray. They went from rags to riches and became legends in their own time. Throughout the Swinging Sixties, the Kray twins unleashed a reign of psychotic terror across London s crime-ridden East End, leaving a gruesome trail of violence and murder in their path. Though they spent most of their lives in jail, their legend continues to both haunt and enthral. When the (more…)

This entry was posted in Kray Twins and tagged Kray, Twins. Bookmark the permalink.