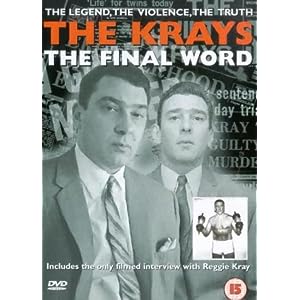 There’s a neat irony in the title of The Krays: The Final Word, a comprehensive documentary about the iconic East End gangsters first shown on television in 2001. By interviewing Reggie Kray on his deathbed, and through extensive interviews with former criminal associates, detectives and lawyers, the producers might reasonably claim to have come up with the definitive version of the story. But we’re a long way from hearing the last word on the subject. If anyt (more…)

This entry was posted in Kray Twins and tagged 2001, Kray's, Word. Bookmark the permalink.